Perception is an unconscious process where you take in sensory information from your environment and use that information in order to construct your own version of reality.

Influences on perception include:

Past Experiences and Education

What you perceive is strongly influenced by your past experience, education, culture, values and other factors. All these influences predispose you to pay particular attention to certain information and to organize and interpret the information in certain ways.  If you attended a friend’s party last week that was boring, that may predispose you to thinking that the next one will be boring as well. 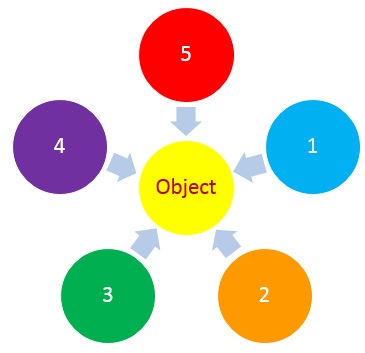 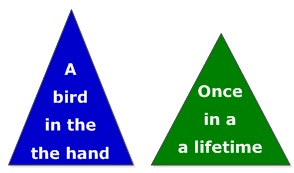 What do the signs say? Did you read them correctly? Many people do not. This experiment demonstrates a basic principle of perception which is “People see what they expect to see.”

Your expectations subconsciously tell you what to look for and how to interpret what you see. Repeated expectations or exposure can create patterns of expectations. These patterns can form a mind-set that predisposes you to think a certain way.

In the illustration below, read the colors of the words aloud. (not the words themselves).

Most people find it difficult to remove the interference effect of the words when trying to state the colors. This is because the human brain becomes conditioned to recognize words without effort. You see the meaning of the words without much effort. However, trying to name the color is not spontaneous. By easily recognizing the meaning causes your thoughts to go in a different direction. Because of that it requires more effort to name the color than it does to simply read the word. Your pattern of the expectation of reading words is so deeply embedded it cannot be turned off and creates the interference with the task of simply naming the colors.

You construct your perception. You construct it based on how you choose to see the world. That construction is influenced by several factors.  Influences on perception include past experiences, education, values, culture, preconceived notions, and present circumstances. In the end, the perception you construct becomes your reality.