The ability to retrieve information from long-term memory allows you to use memories to make decisions, interact with others, and solve problems.

Although there is a tremendous amount of research, we do not know exactly how information is actually organized in long-term memory. However, there are several different theories on how long-term memory is organized.

The four main theories are:

A basic theory of the organization of long-term memory is hierarchies.  The hierarchies’ theory contends that long-term memory is organized through a hierarchical arrangements of concepts.  Concepts may represent physical objects, events, attributes, or abstractions. These concepts are arranged from general to more specific classes. Also, these concepts can be simple or complex. 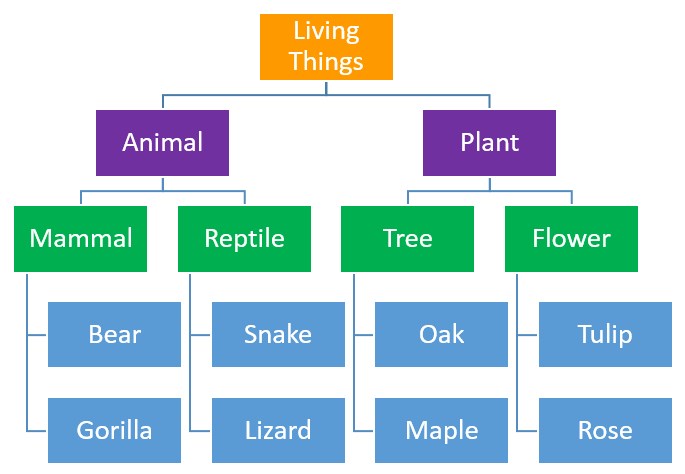 The semantic networks theory contends memory is organized in a network of interconnected concepts and certain triggers activate associated memories.  These networks are loosely connected conceptual hierarchies linked together by associations to other concepts.

A semantic network is comprised of an assortment of nodes. Each node represents a concept.  These conceptual nodes are connected or linked according to their relationship. For example, flower may be connected to both rose and plant nodes by the semantic association.

Although it has similarities to hierarchies, semantic networks are more random and less structured than true hierarchies. They have multiple links from one concept to others. Concepts within semantic networks are not limited to specific aspects. For example, the concept of tree can be linked to oak, maple, bark, limb, branch, leaf, grow, fruit, plant, shade, climb, wood, and other concepts.

These concepts in semantic networks are connected based on the meaning and relationships that you have learned through experiences. For example, thinking about your grandparent’s house might trigger memories of celebrating holidays, attending dinners, or playing in the backyard. 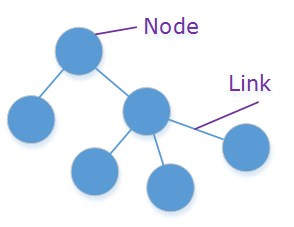 Schemas are organized mental representation of information about the world, events, people, and things.

A schema is a data structure for representing generic concepts stored in memory.

A schema reflects a pattern of relationships among data stored in memory. It is any set of nodes and links between them in the web of memory.

Schemas form frameworks of mental concepts established from patterns of already stored information. These clusters of information that reflect your knowledge, experience, and expectations about various aspect of the world are stored in multiple locations throughout your brain.

Since a schema framework already exists in your mind, it will influence how new information is interpreted and integrated into your memory.  They will guide your recognition and understanding of new information by providing expectations about what should occur. When you see or hear something, you automatically infer the schema that is being referred to. For example, if you hear the term car, you will remember characteristics about a car such as four wheels, steering wheel, doors, hood, trunk, etc… 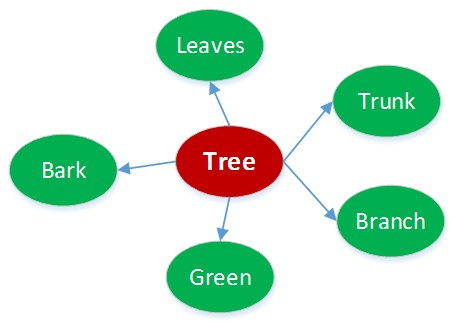 The human brain contains billions of neurons. Many of them connect to ten thousand other neurons. Together they form neural networks.

A neural network consists of large number of units joined together in a pattern of connections. Each unit or node depicts a neuron or a group of neurons. A neural network is made up of three layers of units: An input layer, a hidden layer, and an output layer. 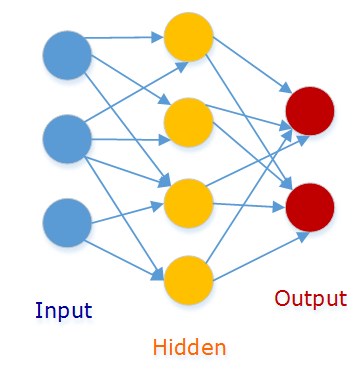 In a connectionist network, there is a collection of units or nodes where each node represents a concept. Connections between nodes represent learned associations. Activation of a node will activate other nodes associated with it. Connections between nodes are not programmed into the network. Rather, the network learns the association by exposure to the concepts. Several of these neurons may work together to process a single memory.