The Whole Brain Model was developed by Ned Herrmann. Herrmann created this metaphorical model to illustrate that each person’s brain basically has four quadrants when it comes to the process of thinking and learning. Each of these quadrants are characterized by different learning or thinking styles. Depending on which quadrants you engage, your learning and thinking processes can be significantly different.

The four different styles are: 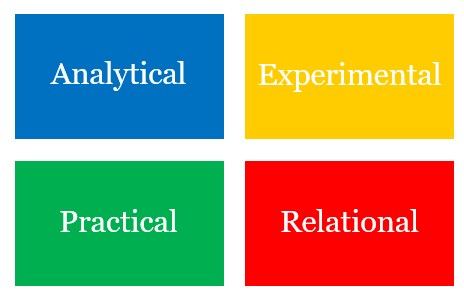 Sperry’s split brain theory divides the brain into two hemispheres; right and left. Each hemisphere is specialized for some behaviors and controls different types of thinking. The left brain is believed to be more logical, analytical, and objective. The right brain is said to be more intuitive, creative, emotional, and subjective. 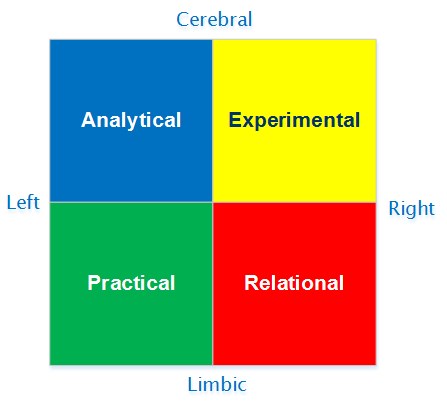 Herrmann’s theory allows us to differentiate between the left and right brain, as well as the concept of cognitive thinking and emotional response. Our upper brain is believed to control our intellectual process (cerebral thinking), while our lower brain (limbic system) controls our emotional response such as anger, happiness and fear.

Depending on which quadrants you engage, your learning and thinking processes can be very different.

Herrmann characterizes the upper left (A) quadrant with logical, analytical, quantitative and rational thinking, and the lower left (B) quadrant, with the abilities of planning, organizing, focusing on detail, and sequential thinking. The lower right (C) quadrant controls emotions, feelings, interpersonal skills and kinesthetic, while the upper right (D) quadrant is responsible for holistic, imaginative, intuitive, integrative and synthesizing processes. 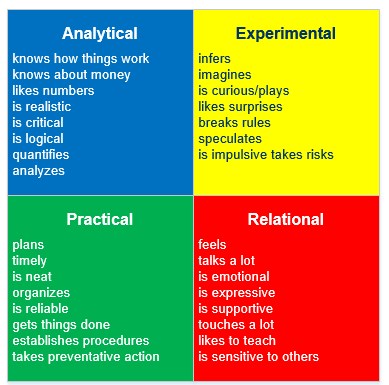 Descriptors for each quadrant