Coaching is facilitating the performance and guiding the development of another person in order for them to achieve his or her fullest potential.

Coaching has the ability to unlock human potential at all levels of performance.  It can be used to help improve a physical skill, like in a sport, or a mental skill, like job function or test taking.  Also, it can be done on-on-one or within a group.

There are several different types of coaching including coaching for sports, life, personal growth, career, and business.

Business Coaching – goal is to observe, analyze, and provide feedback on an individual’s job performance.

Sports Coaching – goal is to improve athletic technique and performance for individuals and teams.

Life or Personal Coaching – goal is to help individuals move forward from their present situation and to reach their personal goals.

No matter what the type, the overall goal of coaching is to unlock a person’s potential so that they can maximize their own performance.

The Focus of Coaching for Performance

Coaching focuses on guiding another person to allow him or her to grow to reach his or her full potential. It is based on asking probing self-reflective questions, rather than telling or directing. It focuses on eliciting thought to allow a person to understand his or her current position and options in order to allow them to make decisions about future actions. Additionally, coaching puts the onus on the individual and makes him or her responsible for his or her own development.

The coaching methods focus on:

The purpose of coaching is to improve a person’s performance or increase his or her effectiveness. This is done by utilizing various skills including: 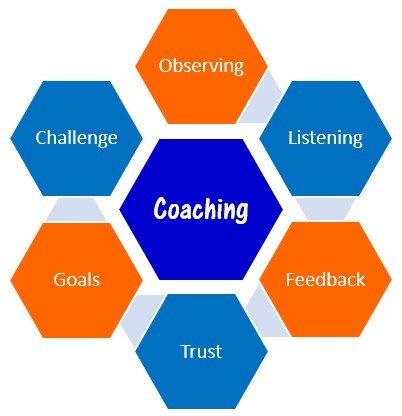 Benefits of Coaching for Performance

There are many benefits to coaching for performance.