When giving a person feedback on his/her performance, it is important to do it in a way that is positive and motivating. Feedback given in an unthoughtful or negative manner may further set performance back.  If the person receiving the feedback feels he/she is being criticized, he/she may become demotivated, perform slower, and/or become distracted. Basically, poor feedback can be worse than no feedback.

Therefore, it important to give feedback that encourages the individual to take the information and use it to improve his/her performance.

Below is a list of suggestions to consider when giving a person feedback on his/her performance.

Feedback is intended to reinforce positive behavior and correct any negative behaviors. If you start out telling a person what he/she did wrong, chances are he/she will mentally shut you out. The recipient may take it as a personal attack and get defensive or may start thinking about the negative repercussions of their performance (e.g. getting fired). Whatever the reason, they tune you out right at the beginning.

If you want them to embrace your feedback, start off positive. Tell them, in an honest and sincere way, what they did well. People like to hear good things about themselves. They like to know others recognize the good things they do and their positive qualities. By telling them positives, it will place them in an optimistic state of mind and create a positive connection between the both of you.

Don’t just start positive, be positive. The overall feedback should encourage and motivate the individual to want to improve his/her performance. Give at least as much positive feedback as you do negative. Positive feedback stimulates the reward centers in the brain, having the person open to changing behaviors.

On the other hand, negative feedback indicates that changes need to be made and the person’s threat response turns on and they may get defensive. You do not need to avoid negative feedback altogether, just make sure you follow it up with a suggested solution or recommendation.

Negative language puts people in a defensive mind set or causes them to shut down and disregard the feedback. Instead, use encouraging phrases such as;

“Maybe if we considered doing…”

Feedback should provide information, not judgments. Therefore, when giving effective feedback, focus on observable behavior, instead of making broad judgments or giving personal opinions. Have fact based examples of specific behavior(s) you observed that you can share with the person. Instead of saying “that last call lacked customer service” (which is a personal judgment), you may something like “I noticed when you spoke to the customer you did not use her name.”

Furthermore, the information should be based on what you have personally seen, and not hearsay. You cannot provide effective feedback on behavior that you have not observed. That is not fair to the recipient.

When giving feedback describe a specific example of the behavior you observed. Tell the person exactly what he/she need to improve on. Generic comments do not clearly address the problem or what behaviors need to change. Being specific tells the other person exactly what is working or what is not working.

Be Clear and Concise

Be clear about the behavior your feedback addresses. Do not dance around the issue. Make your point as concisely as possible. In a straightforward manner, link the information to his/her behaviors and how it will help them perform better.

In addition to being concise on specific aspects of behavior, do not overwhelm them with recommendations. If you recognize the individual needs to change several behaviors, start with the main changes you want to see. After those changes have improved, address the next set of issues by importance. If you give the person too many things to change, it can become overwhelming for them, and they may perform very slowly. Also, by giving several behaviors to work on, they may focus on the less important issues.

When it comes to feedback, the sooner the better. Feedback is most effective when it is given immediately, rather than a few days, weeks, or months later. The closer to the actual event, the more pertinent and relevant your feedback will be. Therefore, try to provide feedback as close to the demonstrated behavior as possible. If you wait, the individual will need to rely on memory of how they performed, which can be faulty. 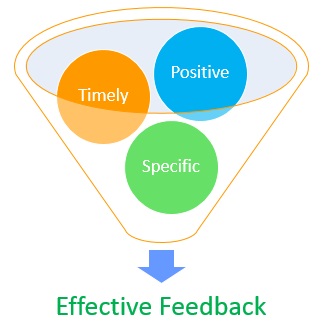 Focus on the Future

Focus on correcting the problem. Do not look to blame or criticize. Do not rehash poor performance or a mistake.  Address it and move on.

If there is a performance problem, you should not avoid it or minimize it. You should address it, have them acknowledge it, and then focus on solutions together. For example, if a project did not go well, you may say “we had a few problems with the last project including timeliness of the reports sent to the other teams, what are some things we can do to make sure the reports are timely for the upcoming project?”

Dwelling on the problem or issue often creates hostility or negative feelings for the recipient. Generally, people do not want to be criticized for their behavior. If they feel they are being criticized, they may become defensive. The purpose of providing feedback is to correct the problem and improve future performance. Blaming or criticizing a person can hamper that performance improvement process.

To effectively change a person’s behavior, you must get them involved. And the sooner they are involved in the process the better.

You may start by asking the individual to explain how they perceived their performance. By asking non-threatening questions you help the person evaluate his/her own performance. That personal evaluation can provide valuable insight into their perception and possible solutions. Also, by having the recipient involved in the process, you get buy-in from them for changing his/her behaviors.

Most people want to perform well, but sometimes they just do not know what to do to improve.

If possible, involve them in the development of possible solutions. Ask them what they think they can do to improve performance. Once again, by getting them involved, gets you buy-in from them for changing behavior.

At the end of the feedback session/discussion, summarize what was discussed and what the recipient will do to improve. This will help to avoid misunderstandings. You want to make sure that the individual understands what he/she can do to improve his/her performance. 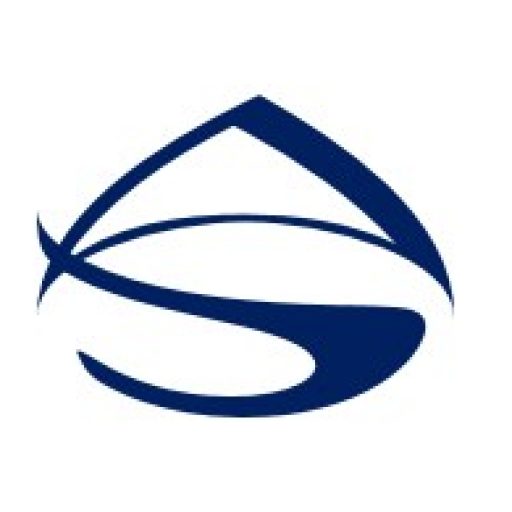